My Child Is Not Okay

When my daughter was in the fifth grade, her school counselor called to inform me that she, along with a couple of other girls in her friend group, had been cutting herself.

Let me say that again.

My ELEVEN-YEAR-OLD was self-harming. She was using whatever sharp objects she could find, dragging them against her skin, and watching herself bleed.

It’s nearly impossible to put into words how I felt getting that phone call. Shock. Disbelief.

That phone call, in retrospect, is still a blur. Words in slow motion, pacing the floor, was I breathing? I don’t remember the weather or season. I don’t recall what I was doing before the phone call, and I don’t remember what I did after. I do remember hanging up the phone with absolutely zero clue of what to do next. That feeling, incidentally, has been the one constant in my life since that phone call. Years later, I still don’t know day to day if I am helping or hurting my daughter.

I hadn’t seen that phone call coming. My daughter was a bright shiny star. She laughed, played sports, had friends. She was naturally smart. Her teachers loved her.

I blamed myself. She was self-conscious. She only played sports because I made her. I worked a job where I had recently been transferred to the afternoon shift. I was gone for work by the time her and her brother were getting off the bus and didn’t return until after they were asleep for the night. They were alone with their dad while I was at work, and he wasn’t very emotionally available. I immediately sought counseling for her with a child psychologist. She attended four sessions and he felt like she was fine and didn’t need to continue. He felt it was peer related and a group of girls experimenting.

As soon as I could, I transferred to the midnight shift so I could be home in the evenings. I slept while they went to school. I was the type of parent that tried to attend everything. I’d come home and sleep three hours, get up, go to the award ceremony, and then take a nap before work.

Her dad and I divorced when she was thirteen. Our divorce, and subsequent custody battle, was drawn out and messy. He told the kids I had been having an affair, that I was divorcing them. It didn’t matter that none of it was true. She was already fragile. I once again sought therapy for her and her brother, but they were both so angry they refused to participate.

At fourteen, at the beach, in her pink and black polka dot swimsuit with the little skirt, she forgot to be careful. The skirt pushed up while she layed in the sand burying her brother and the evidence of her cutting was unmistakeable. Her upper thighs were peppered with parallel lines, some red, raised, and angry looking, others white faded scars.

I have found a million ways to blame myself over the years for her mental illness. Her depression and anxiety were Karma coming back to get me thru her, for every bad decision and wrong turn I’d made in life (and there have been some doozies.) Had I been a better mother, daughter, wife; she’d be the happy well-adjusted young adult she was meant to be.

Lex has been in therapy and on medication now since she was fourteen. She has been prescribed nearly every SSRI (and a few SNRI’s) on the market, some twice at varying time periods. I believe her to have Treatment Resistant Depression. It is characterized by having tried four or more antidepressants with no effect. She also has a generalized anxiety disorder. Her new therapist believes her to be wrongly diagnosed, and believes her to be Bipolar type 2.

This past September, after having endured a horrible summer with yet more medication changes, she returned to college and struggled to function. She began a new job, moved into her very first off campus apartment, and began classes. She addressed her concerns about her medication to her psychiatrist. It had been three months and the symptoms of her depression weren’t getting better. She was feeling worse actually. The psychiatrist chose to max out her dosage as opposed to trying another medication change.

In mid-October, Lex called me inconsolably crying and indicated she was suicidal and needed to be admitted into a psychiatric facility.

When you have a child that teeters on the edge of a cliff that they are quite willing and able to jump off of; a child that, at times, would rather feel absolutely nothing than the blinding emotional fear and pain they wake up to everyday; that fear of them choosing death over life changes who you are in your soul. Who I am irrevocably changed that day nearly ten years ago, and I will forever be a different person than I was every second leading up to when my phone rang with the school counselor on the other end.

My husband drove me the hour and forty minutes it took to get to her just to turn around and head straight back and to the local emergency room, where my daughter surrendered herself for suicidal ideation and voluntarily committed herself to a treatment facility. She spent seventy-two hours in an adult psychiatric ward and an additional ten days doing intensive outpatient group therapy.

I had, and have, such high hopes. She realized thru intense group therapy that it wasn’t that she truly wants to die. She just wants to feel better, and to have happy days. It seems like such a basic want, and need to fill, and so heartbreaking to me, her mom, that I can’t make that a reality for her. For her, the world is a dark, gloomy, scary place with danger around every turned corner. She over analyzes every choice and option, every unknown signals a primal fight or flight response. She can not see “the brightside.” She cannot just, “be happy.”

I wish I could say the time spent at the inpatient treatment facility was time well spent, and the cure all for her mental health. I wish the medication changes had been the answer to our prayers. My daughter has been out of the treatment facility and back on her own for five months. Everyday is still a struggle for her to function and complete basic tasks. She was fired from her previous job after being released due to a panic attack while working. She has found another another job but is working on average less than 10 hours a week. She is not financially able to support herself. She has to make lists for herself to remind herself to complete basic tasks like showering and brushing her teeth. Some days, moving from her bed to the couch where her roommates are is an accomplishment.

These are all chapters in her book, but her book hasn’t ended and her story isn’t over. She has so many chapters left to write. My daughter is a freaking WARRIOR! She is a full time student at a major metropolitan university where she is KILLING IT! She moved an hour and a half away knowing no one. No one from her high school chose this University and we have no family nearby. She went from a school with a graduating class of forty-two to a University with nearly thirty thousand students. She has found her tribe, and I couldn’t be more proud of her. I know how hard she works every day to make it thru every day. I have held her while she has sobbed, when she couldn’t even put words to why she was sobbing except to say that she needed to let that feeling out. I have talked her down from ledges (figuratively speaking), sat with her in ER’s when the heart attack she swore she was having the night before her SAT’s turned out to be a panic attack, and visited her when she had herself committed because she didn’t trust herself not to hurt herself.

If someone you know is experiencing suicidal ideation, there is help! Please call THE NATIONAL SUICIDE PREVENTION LIFELINE 1800-273-8255 or Text THE CRISIS TEXT LINE: 741741

← Kids Sports: To Sit or Not to Sit Together
Blended amidst a Quarantine →

One thought on “My Child Is Not Okay” 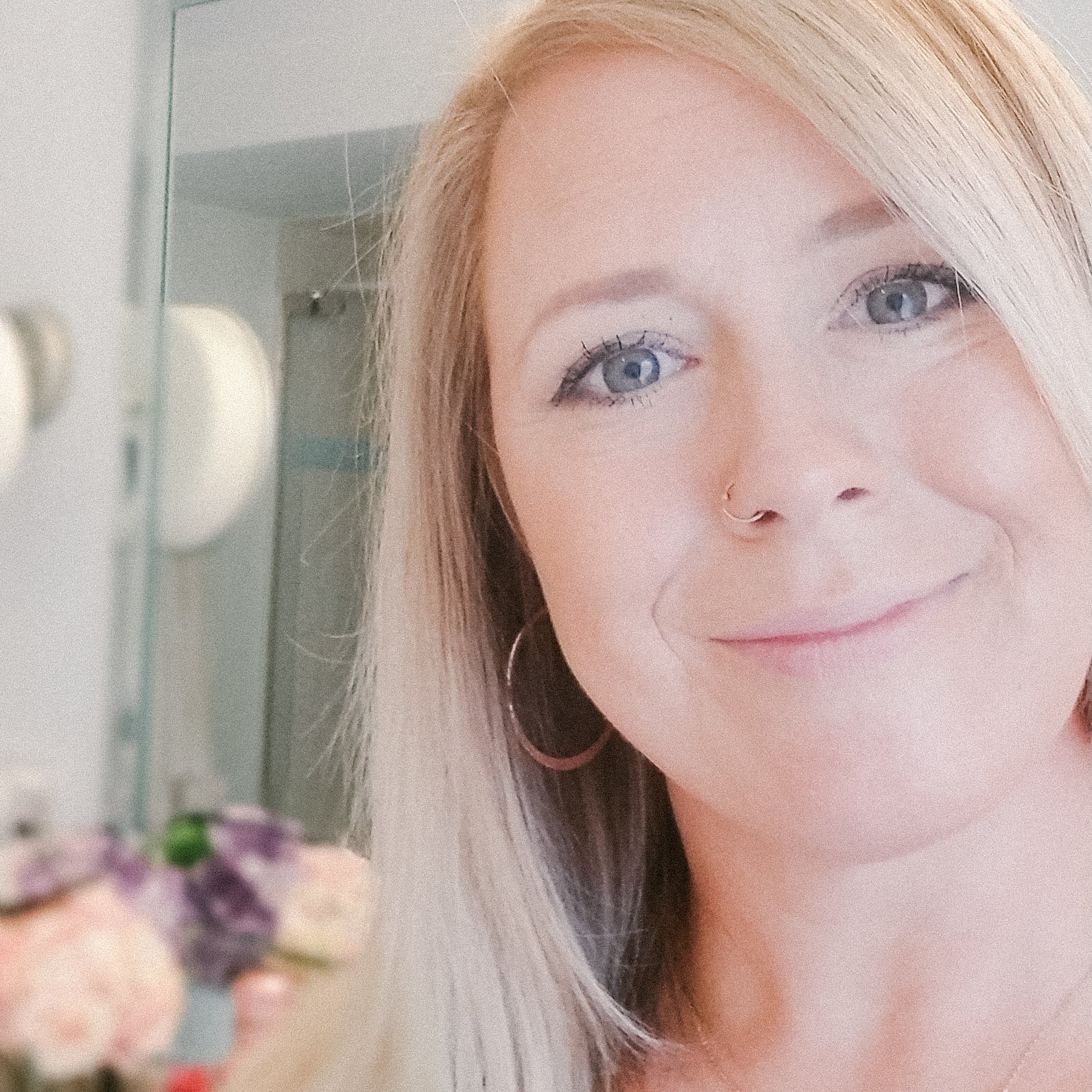 I have never had long hair! My hair reaches my collar bone and stops growing. I have wanted to try extensions for years!
That tongue tho....
😍😍😍
I'm going to miss this!
Forever learning and growing
I am in ❤ with this kitchen! I have no idea whose it is, but I'd like to steal it!
Follow WORK'N PROGRESS on WordPress.com
Loading Comments...
%d bloggers like this: